Why Python Training Should Be The First Programming Training You take

The high popularity of python training among programmers is enough evidence that the language should be among the first programming training anyone interested in this area should take. It has even been argued that python is the best language for beginners. But what are the reasons behind these claims about python? 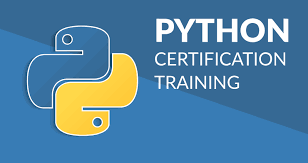 Key reasons why you should go for Python Training

1. Evaluate the Popularity of Programming Languages

Prominent indexes help to indicate that python is ranked among top professional data management and programming tools. TIOBE, for example, calculates the popularity of a language based on the volume of its searches on search engines. According to the latest ranking, python emerged third behind Java and C. Another index, PyPL, has crowned python as the most popular programming language.

If you are interested in building a career in programming, python training is a safe bet for entry into the career. Python skills are increasingly being demanded in hot fields such as data science, information security, and machine learning. Universities are also using the language extensively for research, and the opportunity for programmers stretches further to offering this training.

It would be incredibly unfair not to recognize how Al is taking the world by storm. At the helm of technology, today are bits and robots that mimic human brains and functions. Python training offers you all the requisite resources and competencies to use Al. To engage with and develop a wide range of machines and games, learning python will place you in the right position whether you are fascinated with futuristic machines or gaming.

4. Python is easy to learn

The major motivation of developing python in the 1980s was to create a language that would be more human-readable and intuitive than earlier languages like C.+. Python considers user-friendly, elegant, and pleasant high-level language. The factors that make this training simple include, less emphasis on conventional syntax, use of white space, excellent documentation and communities, and readability. Programming beginners will find it easier to learn python as it is simple and effective. The syntax itself is simple such as using fewer lines of more readable code than other languages. The language strikes a delicate but great balance between readability and conciseness. In other words, it makes coding less time consuming while avoiding any confusion that could result from conciseness.

There are many online platforms and resources for learning Python. With a reliable training platform, you will get everything you need to develop coding skills from beginner to pro level. Passion and determination are also important for completing the learning curve and ultimately enjoying the admirable benefits python skills provide. Python training not only exposes you to many employment and freelance opportunities but also places you are the forefront of information technology. Most IT innovations are harnessing the power of programming and proficiency with python. This is one of the most essential ingredients of successful IT innovation.